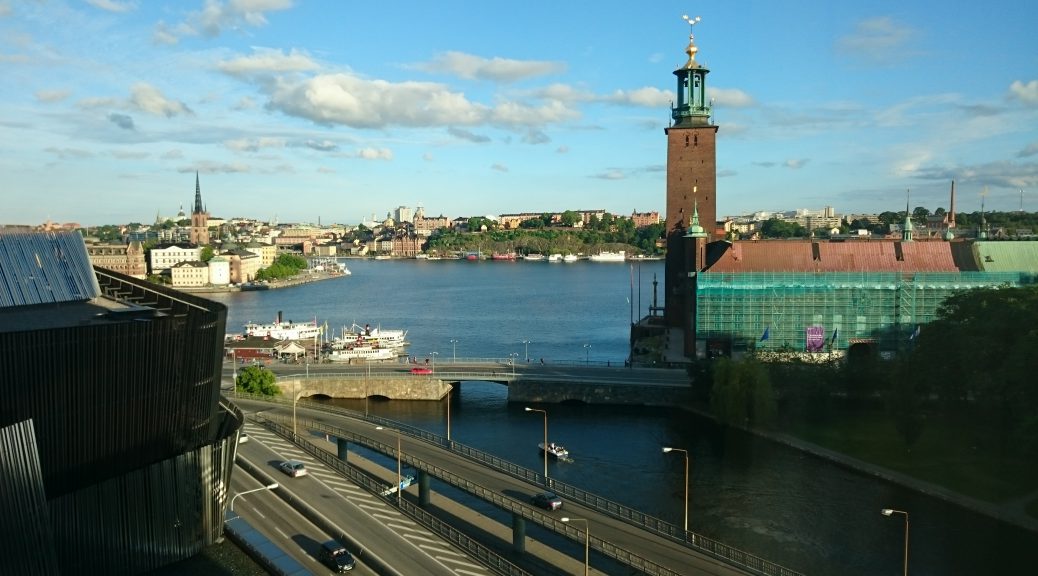 At the end of June/start July, Kim and I went on our honeymoon. We took a roadtrip to Sweden – first stop was Norrköbing.

Generally speaking, Norrköbing is a pretty boring city. The only reason we were there was to go to the Bråvalla Festival, which is close to the city. We had a day ticket so we could go see Sabaton, which is an amazing, Swedish, Power/heavy metal band. We spent most of the day at the festival site, to get the most out of our tickets. We listened to a lot of music, some good, some not so good, but we really enjoyed the “White Stage” which was all electronic music, so we spend a lot of time close to that.

We also ate a lot of food, like churros and burger (though not at the same time). The burger I got for dinner was huge, but damn tasty.

Sabaton played pretty late at night, so we actually got to start Kim’s birthday during it (since it went on past midnight, thus we entered Kim’s birthday) – which was super awesome!

After Norrköbing we headed for Stockholm were we would spend the rest of the week. We had a hotel room at the Radisson with air conditioning, which was so nice, since it was crazy hot the entire time we were there. The room had an amazing view into the old city and of the waterfront.

Everything we wanted to see was pretty close to the hotel, so we chose to walk everywhere. As you can imagine, our feet were pretty damn tired when we headed home each day – we are totally not used to walking much at all. We went to museums where Kim could nerd out over the history of the place.

The best food we got while there was definitely at the “Tradition” restaurant, which served traditional, Swedish food – The food was so nice, we actually went there twice!

Another place we went to was “Svinet” (the Pig) where everything served was made with pork. We got a platter of different dished to share – the food was okay and the setting really nice in a little courtyard, it seemed like it was mostly a gimmick place and felt more like a bar than a restaurant.

Stockholm is a very beautiful city, with lots of old buildings, parks and museums you can spend time in, and I would love to go back sometime – though we would probably go by plane instead of car, since it is a terrible city to drive around in when you don’t know it.